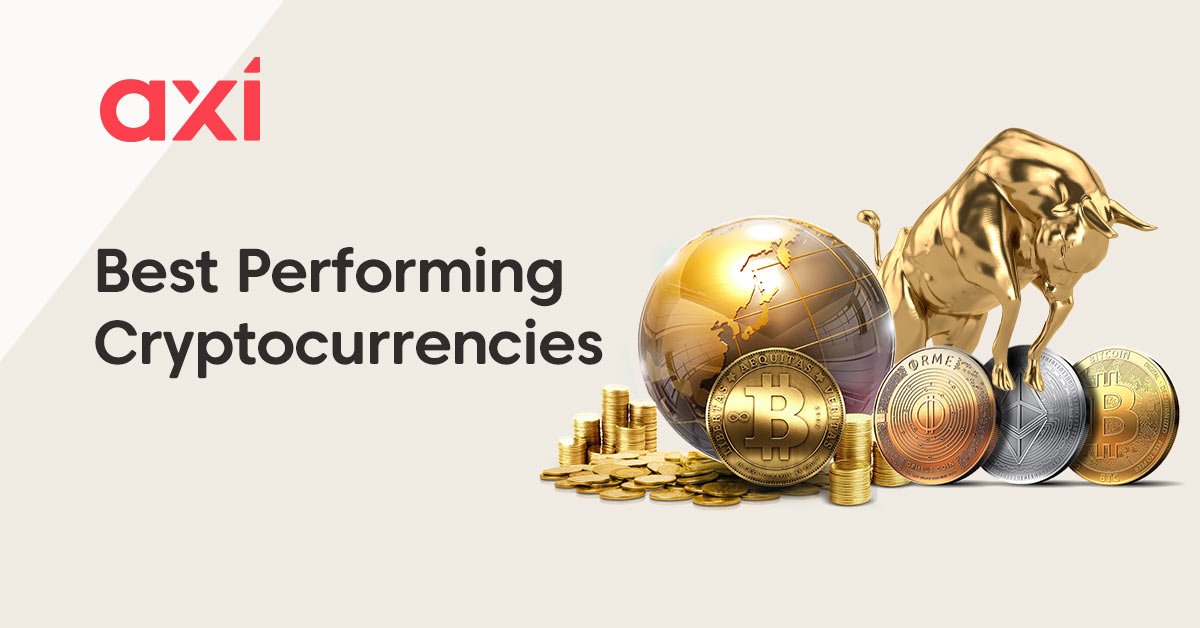 September was an incredible month for crypto, with El Salvador adopting bitcoin as legal tender and Twitter adding a Bitcoin tipping feature powered by the Bitcoin Lightning Network.

It wasn’t all positive, however, as China once again announced that cryptocurrency is prohibited in the People’s Republic and crypto markets corrected following the unfolding of the Evergrande saga. The world of blockchain technology is always changing and we aim to keep you up to date with our monthly round-ups of top performing cryptos.

These are the top 10 cryptocurrencies based on their monthly price increase or the total value of all of the coins currently in circulation.

Below you will find September’s top performing cryptocurrencies, including their yearly percentage and monthly percentage increase, and their total market capitalisation. 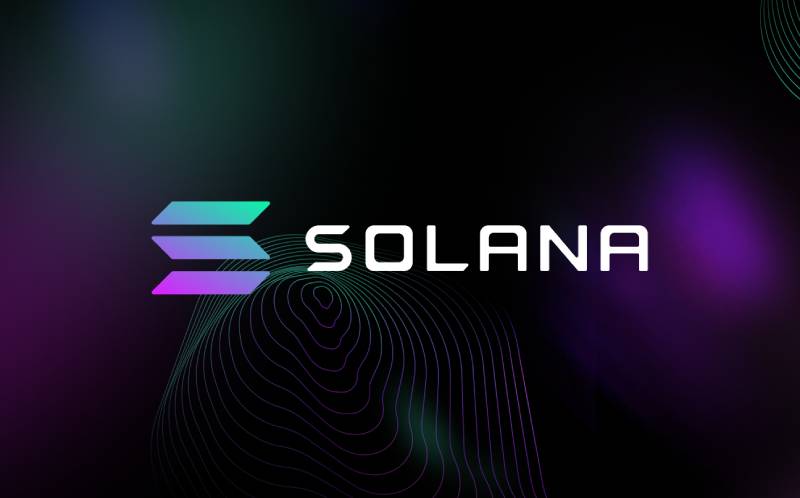 Solana continued its meteoric rise from August to reach an all-time high of $216 on September 9, 2021. Barely two years after launching, the cryptocurrency’s value is skyrocketing, as it now sits in the 7th position of largest cryptocurrencies by market capitalisation, according to CoinMarketCap.

Solana's rise comes off its entry into the NFT market with the launch of the Degenerate Ape NFT collection, of which ten thousand sold in just ten minutes.

Other factors that sparked Solana's rally include increased developer activities on its platform fueled by its network speed and low transaction fees, institutional investor interest from big names like Alameda Research, Andreessen Horowitz, and Polychain, and Solana’s increased focus on DeFi. Solana currently trades at $136 at the time of writing.

The token of the stablecoin-powering blockchain protocol Terra rose to an all-time high of $44.34 in September. The price corrected a few days later, but LUNA bounced back again and is set for more growth considering the increased interest of investors.

A major catalyst to the growth of LUNA was the announcement of the Columbus-5 update, which will bring lots of benefits to the Terra ecosystem. The update which was completed on Thursday, September 30 integrated Terra with the Inter Blockchain Communication (IBC) protocol, which means Terra now has a bridge with large protocols like Solana and Polkadot. The update also brought a new burning mechanism to the LUNA token to reduce the total token supply.

The world’s fastest smart contracts network, Avalanche, has broken its all-time high more than five times just this month, reaching a peak of $79.52. Avalanche, which was developed to be a competition for Ethereum with high speed and low transaction fees, is now the 11th largest cryptocurrency in the world, according to CoinMarketCap.

The price rally comes at the back of a $230 million funding for the project in which PolyChain Capital, Dragonfly Capital, and Three Arrows Capital participated. Also, Avalanche transaction speed has made it a home for DeFi protocols as the total value locked in its DeFi ecosystem rose to ~$3.63 billion (977% from August 19).

One major reason for this is Avalanche's compatibility with the Ethereum Virtual Machine (EVM), as assets worth billions of dollars have been ported over from the Ethereum network. AVAX's price might see more increase with its liquidity mining program, Avalanche Rush, which will see its network supporting DeFi giants like Aave and Curve.

For the first time in two years, ALGO reached a high it hasn't seen since its launch. The 17th largest cryptocurrency increased by 90% in the second week of September before correcting somewhat.

ALGO's good month comes on the back of El Salvador's partnership with Koibanx, a Latin American asset tokenisation and blockchain financial infrastructure company, to build its blockchain infrastructure on Alrgorand.

Alrgorand also made several other announcements that led to more adoption of its network, including the launch of Algoand Virtual Machine (AV) 1.0 to increase its smart contract functionality, setting up of a DeFi focused fund and launching of governance features for ALGO holders.

ATOM, the "Blockchain 3.0" token, like its counterparts, dropped during the market correction in Q2/2021, reaching a low of $9 in June. But within three months, ATOM lifted its head again as it rose to reach an all-time high of $44.70 on September 20.

One of the major causes for this boost was the popularity of its Inter-Blockchain Communications Protocol (IBC) that allows for the connecting of different blockchains and facilitating exchange among interconnected chains. This shows Cosmos DApps are gaining more interest with Osmosis, an automated market maker (AMM) on the Cosmos network, rising to about $600 million in liquidity.

ATOM has now broken into the top 20 largest cryptocurrencies in the world, closing out the month on the 20th spot on CoinMarketCap. 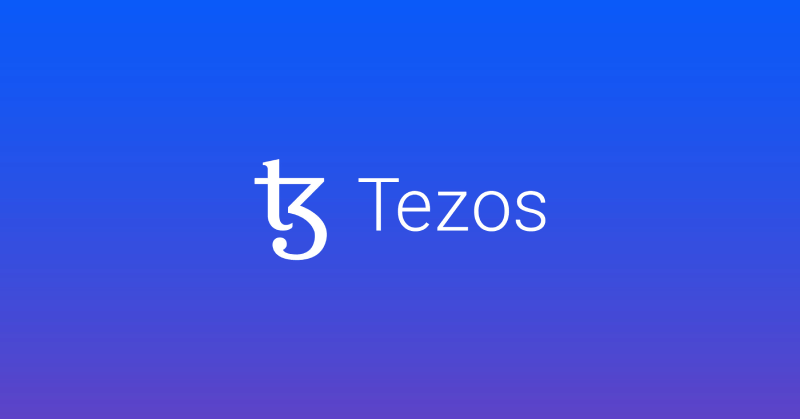 Tezos continued its bull run in September. The token doubled within the first two weeks of the month, reaching a high of $8.01 as it nearly broke the May all-time high of $8.42. The price re-corrected after a few days, but all indications point to more growth for Tezos.

Investors are flocking towards the token following the gains it has made from previous weeks. NFT activities on the Tezos network have been a major fuel behind its price rise, thanks to the launch of the NFT series by music star Doja Cat. Tezos ranks 30th by market capitalisation on CoinMarketCap.

Quant is another interoperable protocol that saw its value skyrocket in September. The cryptocurrency, which was trading below $180 in previous weeks rose over 200% in September to an all-time high of $428.38.

The bull run was caused firstly by Quant's protocol upgrade to Overledger 2.0.5, which bridges the ecosystem with stablecoins, DeFi, and NFTs for clearing and settling between digital assets.

The launch of Quant's developer incentive program and its listing on major exchanges in the past few months also boosted the price higher. Quant's price increase has pushed it to the 41st position on CoinMarketCap.

Elrond joins the lists of tokens reaching new all-time highs in September. After struggling for months, the cryptocurrency found its momentum again, reaching an all-time high of $302.14.

One reason for the price increase was the sustained buying as the protocol's ability to scale above other blockchains is gaining more attention. Elrond is in the 37th position of largest cryptocurrencies on CoinMarketCap. 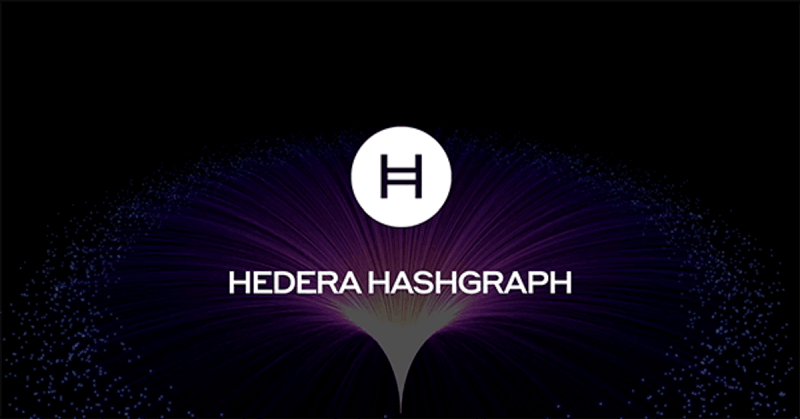 HBAR is the currency powering the Hedera decentralized economy, built on a new type of blockchain known as Hashgraph. The cryptocurrency reached an all-time high of $0.5701 on September 16 following its Twitter announcement of partnering with the Indian Institute of Technology Madras.

In addition, the price hike can also be traced to the growth of DeFi and Hedera Hashgraph’s integration with Fobi for the provision of secure crypto wallets. More investors are beginning to trust the project as the demand for HBAR tokens is increasing daily. Hedera Hashgraph occupies the 42nd position on CoinMarketCap.

The Dogecoin-inspired meme coin on the Ethereum network, Shiba Inu, finally experienced a good price gain in September. Within two days, the SHIB token experienced a 40% increase as its market capitalisation rallied the coin to the number 47 spot on CoinMarketSap.

The rise started following the tweet of Elon Musk, Tesla CEO, about his new Shiba Inu puppy, Floki. This adds SHIB to the list of dog-themed tokens, which has seen price appreciation through Musk's tweets.

The final booster was a Coinbase announcement stating SHIB would be supported in its platform. SHIB being supported in one of the largest cryptocurrency exchanges in the world was just the final push it needed to move higher.

The decentralised derivative exchange token, which was launched in the early weeks of September, skyrocketed to an all-time high of $27.78 on the last day of the month. DYDX has been on a bull run since its launch and big traders in the platform who were airdropped 9,529 of the token must have profited over $250,000.

Just in its first month, DYDX breaks into the list of top 100 cryptocurrencies by market capitalisation as it ranks 68th, according to CoinMarketCap.

While the China crypto ban saw most crypto assets falling, DYDX went in an opposite direction, as traders (China-based especially) started moving their activities onto decentralised exchanges. In a month where many tokens reached new all-time highs, DYDX has soared above its counterparts.

Ren is one of the emerging altcoins contributing to the rising of the crypto market. Ren was built to bring liquidity and interoperability across DeFi platforms and users can swap tokens across different blockchains without wrapped tokens such as WBTC or WETH.

The price of REN increased over 360% within two weeks this month before seeing a correction. The increased adoption of DeFi services played an important role in its price rise.

*Market capitalisation and price percentage as of Sept. 30, 2021

Recommended reading: What is tokenomics?

Content creators on Twitter can now earn bitcoin from their efforts by receiving Lightning Network-powered tips. This will provide a boost for Bitcoin adoption as 300 million active Twitter users will be exposed to Bitcoin.

The Chinese government announced (once again) that cryptocurrency is banned in the People’s Republic, which has caused the bitcoin mining industry to shut down in the Asian nation. As China’s role in the crypto markets has diminished over the years, the news of the ban didn’t rattle the crypto markets too much.

Join in on the action

We hope that this guide will help you on your journey to buying, holding, and trading crypto. Sign up for a free Axi trading account today to start trading cryptocurrency CFDs.

Altcoins are a cryptocurrency alternative to Bitcoin. Altcoins differ from Bitcoin in various ways, find out more about why altcoins exist and how they work.

What is a crypto airdrop?

Learn about the different types of crypto airdrops and exactly what you need to do to be eligible to earn an airdrop from a cryptocurrency project.