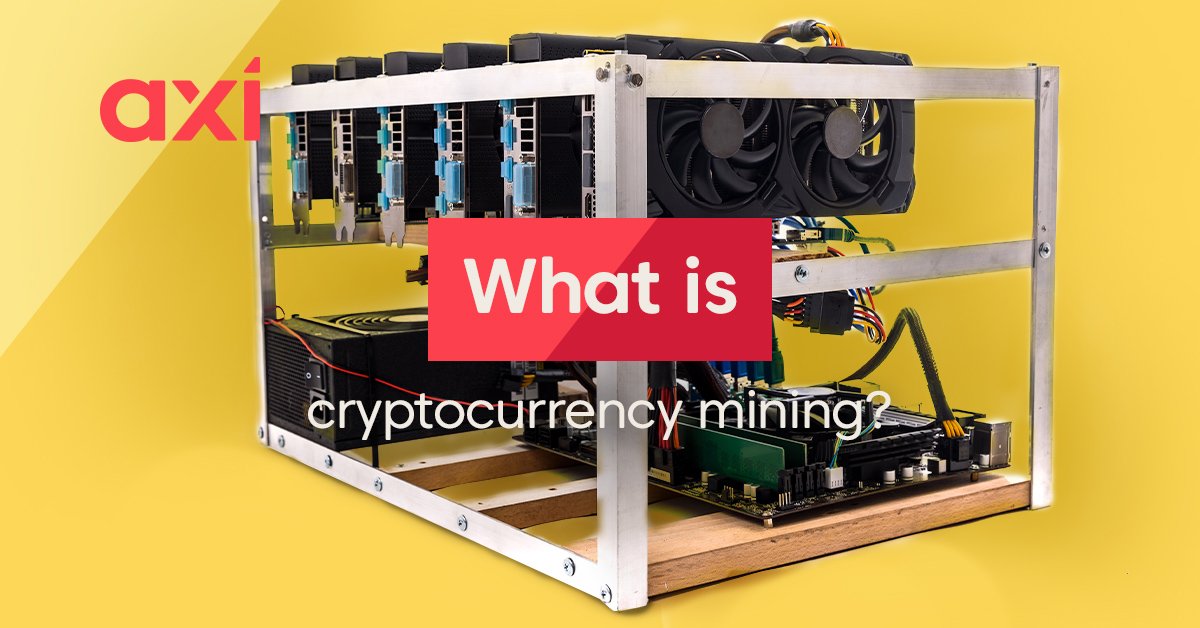 Cryptocurrency mining has brought about a new gold rush where individuals and businesses are deploying mining hardware to earn as much cryptocurrency as possible as so-called miners.

Miners are rewarded with cryptocurrency for verifying and committing transactions to the blockchain.

This article will explore what miners do, how mining works and the environmental impact crypto mining has.

Read on to learn more about cryptocurrency mining in this beginner’s guide.

Cryptocurrency mining in a nutshell

Cryptocurrency mining is the process of validating transactions in a cryptocurrency network by solving cryptographic problems and earning rewards in transaction fees and newly minted coins.

The cryptocurrency mining process secures crypto networks that use the proof of work consensus protocol by validating and processing transactions.

For example, in the Bitcoin network, miners are rewarded with 6.25 BTC for successfully mining a block of transactions in addition to Bitcoin transaction fees. At today’s market rates, 6.25 BTC amounts to about $250,000 USD. Such eye-catching rewards are the reason many can't look away from the business of cryptocurrency mining. If the future Bitcoin crypto predictions become true then miners will continue to be rewarded handsomely.

While mining is one of the most popular ways of verifying transactions in cryptocurrency networks, there are other methods that look to make mining obsolete that are gradually gaining traction, as we'll see shortly. 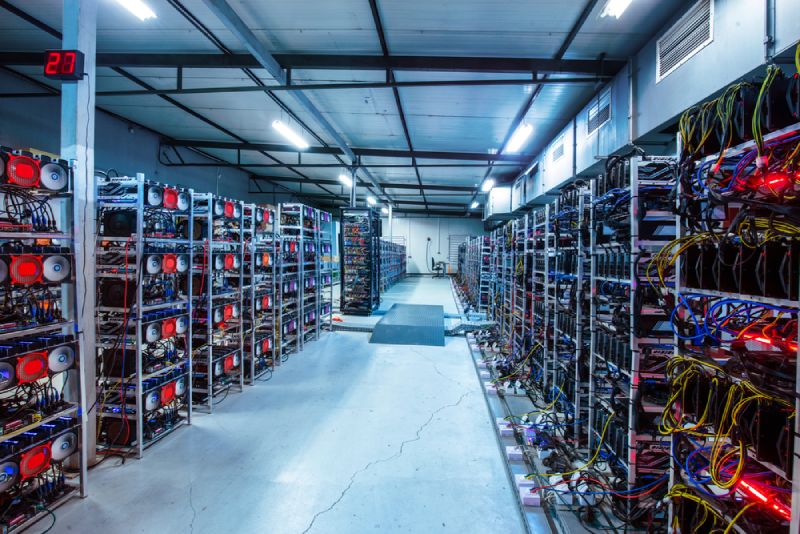 The proof of work consensus protocol

Proof of work is a method of reaching consensus in a cryptocurrency network through solving complex cryptographic puzzles with computing power. It is this process that's referred to as cryptocurrency mining.

Miners bundle transactions in blocks and solve a cryptographic puzzle using their computing power until they solve the puzzle. The first miner that solves the puzzle broadcasts the block to other miners. Other miners confirm the legitimacy of the block and add new blocks to their copies if the transactions in the block are valid. This means other miners that didn't solve the puzzle on time will have to start all over again. In situations where two miners complete the process at the same time, the network follows the longest chain rule to decide who gets the block reward.

The concept was first introduced in Bitcoin to validate transactions in a decentralised environment since there's no central authority to balance records or determine accounts.

The original idea - as outlined in Bitcoin's whitepaper - was for anyone to participate in the process through a PC. However, as the prices of bitcoin and other cryptocurrencies skyrocketed, interest in cryptocurrency mining surged, causing the mining difficulty in crypto networks to increase.

ASICs generate a ton of computing power, referred to as hash rate, that enables miners to solve the cryptographic puzzle faster and earn rewards quicker. As of October 2019, it required 12 trillion times the computing power to mine bitcoin than it did in January 2009 when the first block was mined. However, some other cryptocurrencies can still be mined with CPUs and GPUs.

Proof of work vs proof of stake

In proof of work (PoW), users are required to use their computing power to verify transactions and keep the network secure. These network participants, known as miners, invest money in external hardware and compete with other miners to be the first to successfully verify transactions and solve the cryptographic problem so that they can earn the cryptocurrency reward.

For example, the increasing activities on the Ethereum blockchain due to the thousands of DApps that run on its network has seen the network become extremely slow since the proof of work method takes time to validate transactions. This has made the Ethereum network congested, sending gas fees to very high prices.

In proof of stake (PoS), users known as validators verify transactions by locking up their coins as a stake in exchange for rights to validate blocks and earn rewards. The higher an investors stake, the higher the chance of being selected as a validator by the network. Validators are incentivised to act honestly and verify transactions without bias as the network punishes dishonest validators by slashing their staked tokens.

Many cryptocurrency networks have tweaked proof of stake to suit their different needs. Proof of stake is more suited to ecosystem blockchains as it allows for them to be highly scalable and consume fewer fees.

For example, with PoS, Cardano can potentially process up to one million transactions per second (TPS) as opposed to just eight TPS managed by proof of work-based Bitcoin. However, proof of stake often comes under criticism as a system that favours the rich and can potentially lead to a 51% attack. 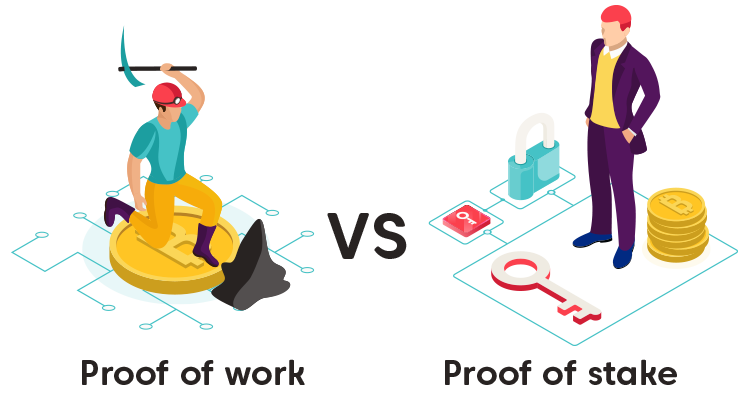 A 51% attack occurs when one entity controls more than half of the mining power or validation process of a cryptocurrency network. This can lead to that entity double-spending, cheating, and even crashing the whole network. In blockchain networks, miners/validators typically follow the rule of accepting the longest chain as the true chain.

In widely used proof of work networks like Bitcoin, such attacks would be very expensive to execute. And even if an entity was able to control more than half of the network, it would be more profitable to act honestly than disrupt the network.

How to mine cryptocurrencies?

Before mining cryptocurrencies, miners have to consider the costs involved in mining and the value of the particular coin they intend to mine.

Calculating the costs can help them determine if the mining activity will be profitable. Miners can calculate these costs using a cryptocurrency mining calculator.

Below are a few simple steps to get started:

What are cryptocurrency mining pools?

Cryptocurrency mining is a highly competitive process as the first miner to complete all the requirements usually ends up with the reward. With the high cost of running mining operations - purchasing of hardware, maintaining them, electricity costs, cooling machines - some miners may still end up not getting any rewards for their efforts and investments.

The possibility of even earning a block reward while running mining farms is low as the cryptocurrency mining industry is saturated with thousands of miners.

To solve this problem, miners pool their computing power together to enable them to earn rewards faster. The pool shares the rewards among miners based on the amount of computing power they contributed.

Miners can easily switch to different pools of their choice, especially since some pools earn more than others. Official mining pools tend to be more profitable as their host companies provide them with regular updates and support. However, official pools charge miners a small fee for their rewards for offering this service. There are several mining pools in the market for different cryptocurrencies. Some of the top pools include Antpool, F2pool, ViaBTC, and Slushpool.

Cryptocurrency mining has turned out to be one of the most effective ways of reaching consensus in a decentralised network as it has helped many cryptocurrencies to effectively secure their networks from attacks. However, with such high security comes a multitude of energy-intensive hardware. This hardware consumes very high electrical energy to effectively verify transactions and it has led to criticism by environmentalists.

Critics, on several occasions, have pointed out the negative impact this is having on the environment. This is one of the reasons fronted by the Chinese government for the complete banning of cryptocurrencies within its region. However, not all the energy used for cryptocurrency mining comes from burning fossil fuels.

According to a Q4 survey in 2021 by the Bitcoin Mining Council, 58.5% of bitcoin mining energy usage comes from renewable sources. Moreover, the BMC aims to enable bitcoin miners to transition to a more sustainable approach.

Can all cryptocurrencies be mined?

Cryptocurrency mining is restricted to proof of work-based cryptocurrencies that require miners to perform work with their computing power and get rewarded. While some other cryptocurrencies also reward users for validating transactions, the process follows a different pattern as we saw with proof of stake.

Some of the popular cryptocurrencies that allow for mining include:

Alex Lielacher is a ‘banker-turned-bitcoiner’ who exchanged the bond trading desk for a laptop in a co-working space to provide engaging and educational content for leading companies in the blockchain technology space.

Cryptocurrencies (such as Bitcoin) are extremely volatile and can move or jump in price with no apparent reason due to lack of liquidity and ad hoc news. There is little or no fundamental reasoning behind its pricing and as such trading CFDs in cryptocurrencies poses a significant risk to clients. For any Cryptocurrency CFDs that we limit to Monday – Friday trading, it is important to note that the underlying market will continue to trade over the weekend, meaning there could be a significant price change between Close of Business on Friday and open for business on Monday. Therefore, these symbols should be traded by clients with sufficient experience to  understand that, subject to negative balance protection (where available), they risk losing all their investment, or more, in a  short period of  time, and only a very  small part of their portfolio should be allocated.

Investing vs trading cryptocurrency: What's right for you?

People who are starting their journey in the crypto market need to understand the difference between investing and trading.

What are oracles in blockchain?

Oracles give individual blockchains the ability to connect to external systems, enabling smart contracts to execute based on data from real world events.