What is tokenomics? Understanding the token economy 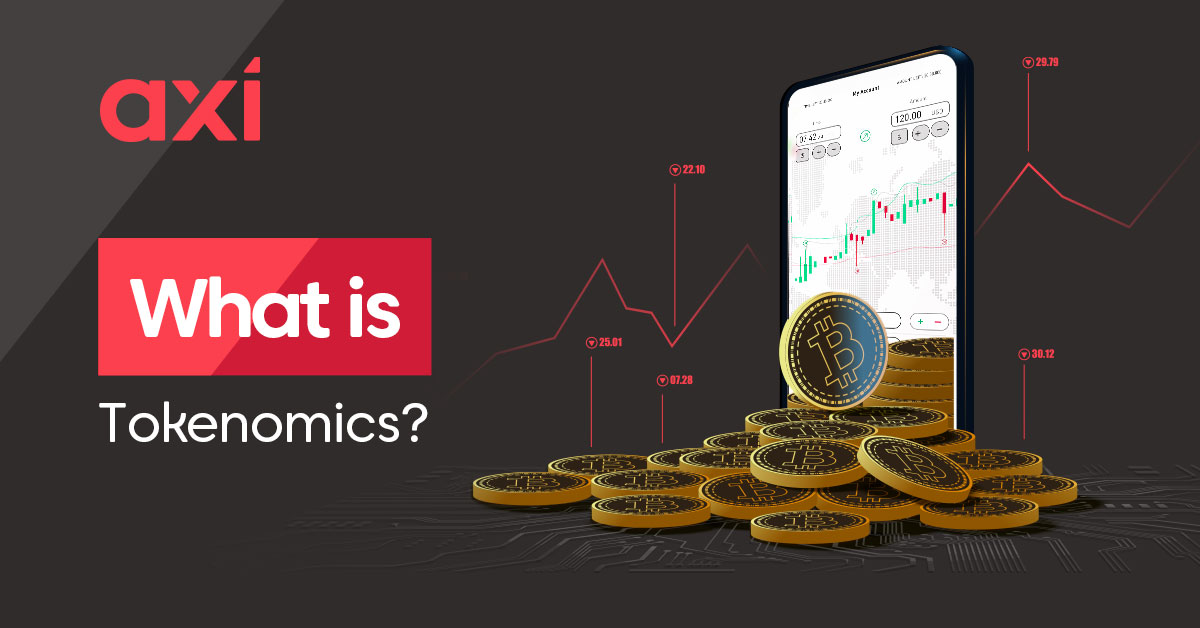 With thousands of cryptocurrencies available, have you ever thought to yourself 'what makes one crypto more valuable than another?' Tokenomics will help make sense of this.

Central banks control the interest rate and the supply of money to maintain a stable price for a country’s currency and grow the economy. Economists call this monetary policy.

Cryptocurrencies, like bitcoin (BTC) and ether (ETH), also have such systems in place to control supply. A cryptocurrency’s monetary policy is determined by the issuing entity or the network’s tokenomics.

In this guide, you will learn about the concept of tokenomics and why it’s important as a trader and investor to understand a digital asset’s tokenomics before investing in the project.

So let’s dive right in!

Tokenomics, short for 'token economics', refers to the set of rules that govern a cryptocurrency’s issuance and supply.

Digital coins and tokens built on a blockchain typically have pre-set, algorithmically-created distribution schedules. Additionally, some crypto assets also have hard-coded policies in place for the removal of units of the asset in the circulating supply. These are the essential factors determining a digital asset’s tokenomics.

A digital asset’s tokenomics allow us to reasonably predict the number of coins that will be created by a certain date and the group of people who could have the largest ownership of the crypto network. Though an asset’s tokenomics can be altered at times, it often requires the agreement of the majority of the blockchain network’s participants to make it happen.

To understand how tokenomics works we need to start at the ground level and first understand what tokens are and what their difference is too coins in the crypto market.

Tokens are digital assets that are issued on and powered by blockchain technology.

Though bitcoin and ether can also be referred to as crypto tokens, it’s increasingly common to use the word “token” to refer to cryptocurrencies that run on top of another cryptocurrency’s blockchain or to digital assets that have a specific utility or function within a network.

Generally, tokens are a type of cryptocurrency that represent a particular use on the blockchain. They can serve multiple purposes, including being used to access products and services on the blockchain and reward users for performing specific operations on a blockchain. 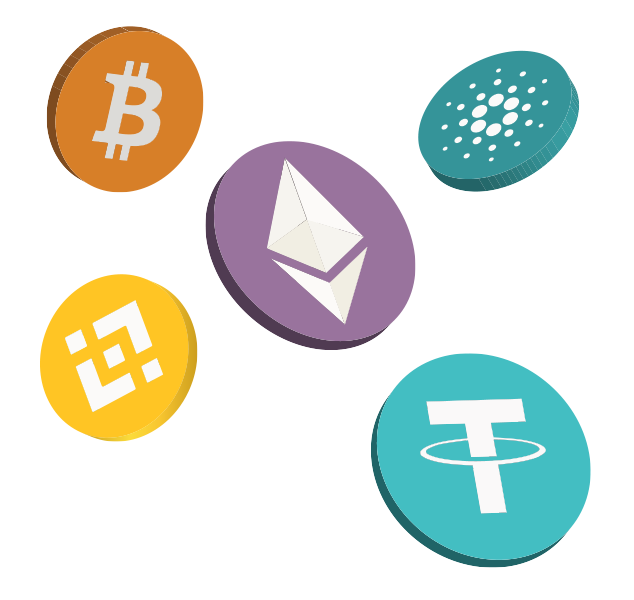 What is the difference between coins and tokens in cryptocurrency?

The terms “coins” and “tokens” are often used interchangeably.

However, most people use the word “coins” when they are referring to a digital currency, such as bitcoin (BTC) or litecoin (LTC), while the term “tokens”  typically refers to digital assets that provide some type of function or utility, such as ether (ETH) being used to pay for transaction fees on the Ethereum network.

The idea is that coins refer to money while tokens refer to non-currency digital assets that can be used for a variety of use cases. Additionally, any asset built on top of another cryptocurrency’s network is typically referred to as a digital token.

How are tokens used in tokenomics?

Tokenomics covers all essential aspects of how a digital token is managed - either by code or by a centralised issuing entity. Let’s take a look at the role of tokens in tokenomics.

Recommended reading: What is a cryptocurrency wallet and how does it work?

What is a token burn?

A token burn is a process of permanently removing tokens from circulation with the aim of reducing the total supply.

If a crypto project executes a burn function to destroy its tokens, the tokens will be gone forever. It's impossible to recover tokens once they are burned.

One of the ways crypto projects burn their tokens is to purchase some of the tokens from the market and transfer them into a frozen private address called a ‘burn address’. There’s no way to reverse the transaction or withdraw the coin from that address.

There are different types of tokens with unique use cases and significance in the broader crypto economy. Tokens can be divided into two types: Layer 1 and Layer 2 tokens.

Layer 1 tokens are the native cryptocurrencies of a specific blockchain. Ether (ETH) on the Ethereum network and Binance Coin (BNB) on Binance Chain are examples of Layer 1 tokens.

For example, Compound tokens are seen as Layer 2 tokens because they are implemented as a reward and governance token for the lending & borrowing services offered on the Compound protocol, a decentralised finance application on the Ethereum blockchain.

You can also divide tokens based on their use cases. The two most popular token use cases are utility and security tokens.

Security and utility tokens both operate as tradable digital tokens on open blockchain networks. However, the two have very different characteristics and functions.

Security tokens are tokenised financial securities governed by Securities Law. For example, a security token can represent an ownership stake in a company and entitles its holder to specific rights, such as a portion of the company’s profit.

Utility tokens allow users to access products or services provided by a blockchain network or decentralised application (DApp). They don’t give the holder any specific rights or claims to the project.

The main difference between security and utility tokens is the regulatory frameworks guiding both. Security tokens are subjected to a higher degree of regulation than utility tokens.

A fungible token is replaceable and interchangeable with other similar tokens. Fungibility is the essential feature of any currency, including fiat currencies like the US dollar. $100 dollar notes are always worth $100, which means no matter the $100 note you hold, you can buy $100 worth of goods and services.

However, in the case where someone borrows your car, you expect them to return the exact same car you lent them. Your car is non-fungible, which means no two cars are exactly alike. 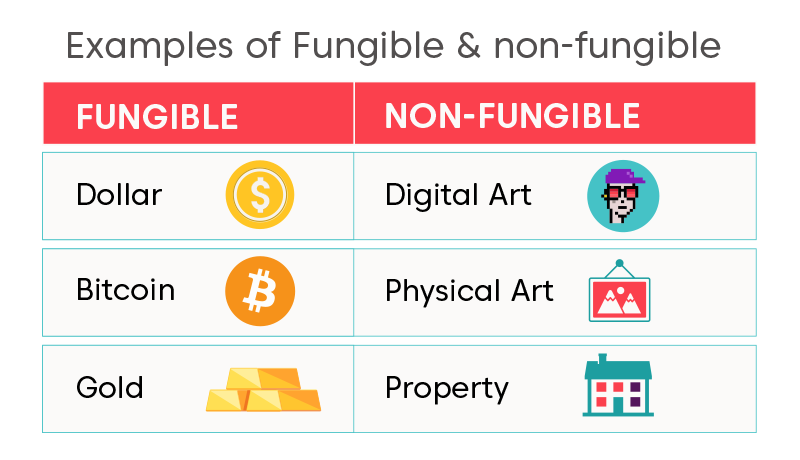 What makes tokenomics different from other economies

Also, in the traditional economy, only a few centralised institutions determine the control of money, while tokenomics often allow the community to decide how a crypto venture should be governed.

Finally, tokenomics are applied in the digital realm while the traditional economy covers both the virtual and the physical world.

Selecting a consensus algorithm for your token model

A consensus algorithm is one of the key parts of a blockchain network as it helps participants to agree on a universal shared ledger that only includes valid transactions. Due to the decentralised system of a public blockchain, no centralised authority makes all the decisions.

There are two major kinds of consensus algorithms: Proof of Work (PoW) and Proof of Stake (PoS):

Newer consensus protocols based primarily on PoS have appeared in recent years, such as Delegated Proof of Stake (DPoS) and Pure Proof of Stake (PPoS), but they share many of the characteristics of their pioneering predecessor.

A typical project’s initial coin offering (ICO) will have a website and a whitepaper detailing its tokenomics. You should read the website and its whitepaper to find out:

What is an ICO in cryptocurrency?

A company looking to raise money in the crypto capital markets can issue a digital token in a so-called Initial Coin Offering (ICO).

In a sense, an ICO is similar to an Initial Public Offering (IPO) on a stock exchange, with the main difference being that a standard ICO token does not provide the holder with shareholder rights. (Unless, of course, the token issued is a security token.) 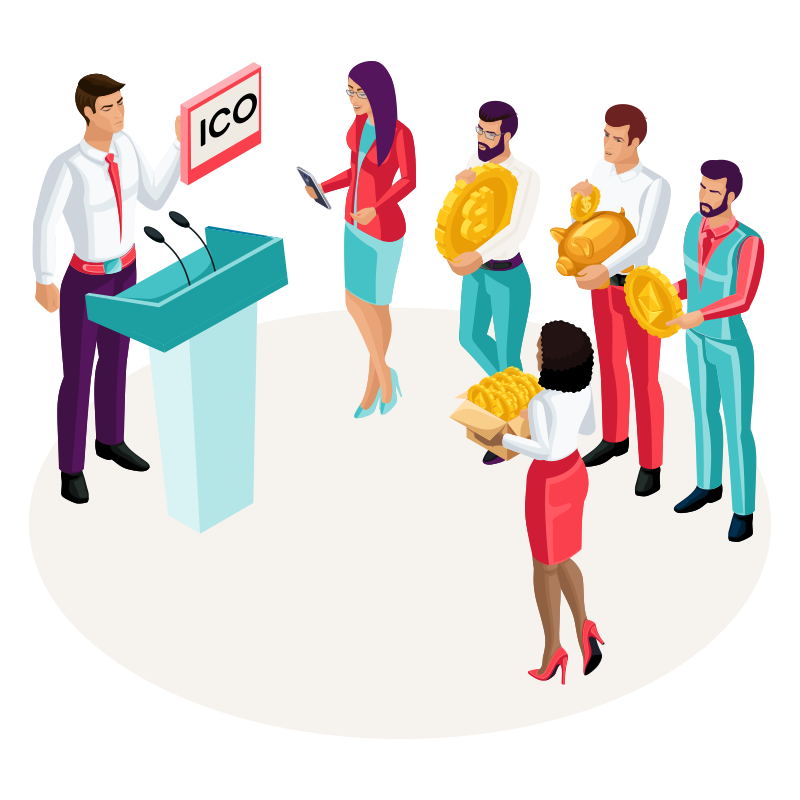 How can token economics be used?

The tokenomics of a crypto network or decentralised application can vary greatly and involve a number of different methods. Let’s dive into ways crypto networks are applying token economics.

Staking is arguably the most popular way token economics are deployed. The network requires users to lock up their funds to verify transactions and receive token rewards as an incentive to help secure the network or stability of the platform. Token economics incentivise good behaviour, ensuring users confirming transactions on the network have something to lose if they act badly and something to gain when they act correctly.

Token economics are fantastic for getting engineers to contribute to an open-source project, which is true for all public blockchains. Blockchain engineers are incentivised to contribute code when tokens are allocated to them as a reward. Typically, crypto projects have some token allocation for the developer community to contribute to their project.

Token economics could help in the ability to value a crypto project. Aside from the utility value of a platform, tokenomics can help to determine the future value of a crypto asset.

Examples of tokenomics in action

Let’s take a look at the tokenomics of four of the most popular and trending digital assets: Bitcoin, Ethereum, Tether USD and SafeMoon.

The creator(s) of Bitcoin designed the platform to mint only 21 million bitcoins. New coins are created and used to reward miners every 10 minutes. But the number of coins released will decrease by half every four years in what is known as “Bitcoin halving.” The digital currency’s tokenomics are designed to create scarcity, therefore providing an opportunity for price appreciation.

Ether, the Ethereum network’s native token, is consistently distributed as a reward for confirming transactions on the platform. It sold over 7 million Ether during its ICO in 2014 to help raise money for the project and release the token in circulation. Ether currently has no token supply limit, which means the supply will continue to grow as more ether is minted.

However, in a recent upgrade to its network and tokenomics, it says a portion of its transaction fees will be burned, which aims to reduce the ether supply in circulation over time.

Tether USDT follows an asset-backed model, where new tokens are only issued when the fiat-equivalent in US dollars is deposited in a bank account. USDT is collateralised by the dollar in a 1:1 ratio. Tether Ltd controls the economics of Tether, by issuing more USDT when demand is rising and reducing supply when demand is low to keep the price stable.

The developers of the popular “meme coin” SafeMoon created one quadrillion tokens but then decided to “burn” 223 trillion tokens (equivalent to 22.3% of the total supply). That means at the time of launch, the popular meme coin actually had a 777 trillion token supply. To consistently reduce the supply of SafeMoon, on each transaction, there’s a 10% fee: 5% is used to provide liquidity while the other 5% is redistributed to all existing SafeMoon holders.

Why is tokenomics important when investing in cryptocurrency?

Tokenomics control the supply and demand of a token, which influences the price.

Understanding cryptocurrency tokenomics before investing can help you identify some of the factors that will impact the price of a token. You will know how many tokens are in circulation, how much more is still coming into circulation and who are the largest owners in the project.

Tokenomics are extremely important when trying to analyse the worth of a cryptocurrency. However, it should not be the only consideration when investing.

We hope that this guide will help you on your journey to buying, holding, and trading crypto. You can start trading cryptocurrency CFDs with Axi today.