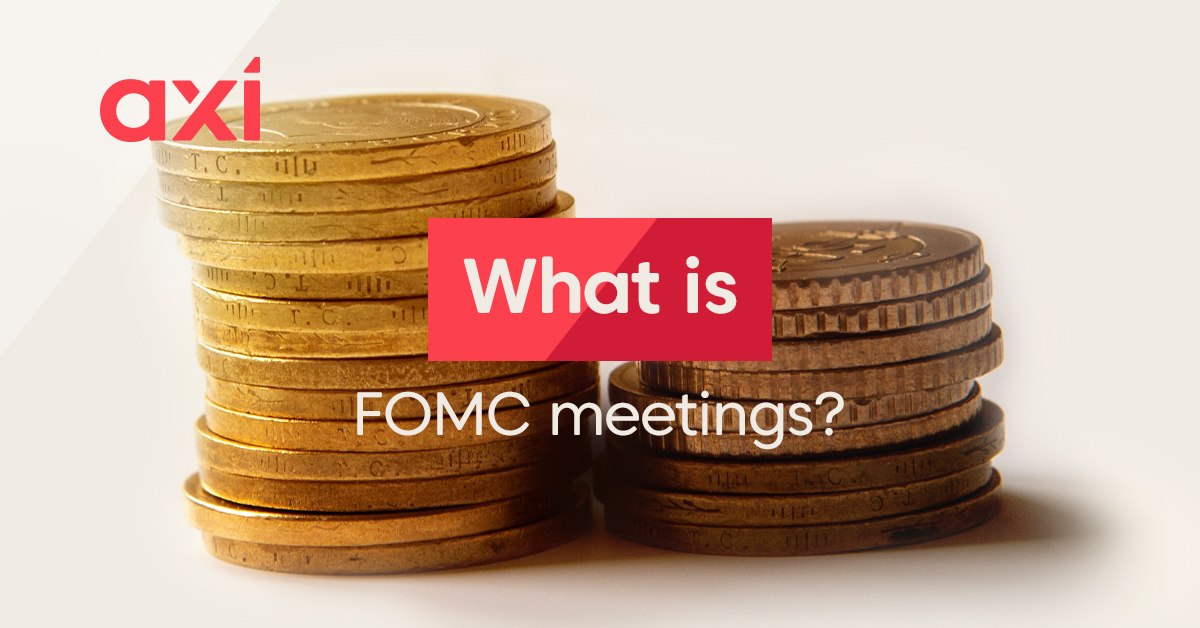 The FOMC meeting is one of the most important events for financial markets, and many traders - whether they are trading stocks, currencies, commodities or bonds - will have that day marked in their calendar.

The Federal Open Market Committee (FOMC) is the branch of the Federal Reserve that meets eight times each year to discuss and make decisions about monetary policy. The FOMC minutes are released three weeks after each meeting, summarising the discussion and votes of the committee members.

In this article, we will explain what the FOMC is, why their meeting matters and how it can impact financial markets worldwide.

What is the Federal Open Market Committee (FOMC)?

The Federal Reserve System is the central banking system of the United States.

The goal of the Federal Reserve is: maximising employment, stabilising prices, and moderating long-term interest rates.

The Federal Reserve Systems is governed by the board of governors or Federal Reserve Board (FRB). Meanwhile, the FOMC is responsible for determining the course of the Fed's monetary policy.

While the Board of Governors of the Federal Reserve System decides on the discount rate and reserve requirements, the Federal Open Market Committee (FOMC) makes decisions in regard to the open market operations. Those are the three tools through which the Fed controls the monetary policy in the United States.

Who belongs to the FOMC?

Rotating seats are assigned once a year and members are selected from one of the following banks: Boston, Philadelphia, Cleveland, Atlanta, Chicago, Richmond, Dallas, Minneapolis, Kansas City, St. Louis and San Francisco.

What are FOMC meetings?

The FOMC typically meets eight times a year. If required, additional meetings can be scheduled if needed.
At the meeting, the FOMC members discuss monetary policy changes, developments in financial markets, asses the current state of the economy, present their economic outlook and discuss open market operations.

While the FOMC is naturally focused on the state of the U.S. economy, there can be external factors that could be discussed as well, such as geopolitical tensions or global supply chain issues.

The FOMC holds eight regularly scheduled meetings during the year and other meetings as needed.

For the rest of the year, we have the following FOMC meetings scheduled:

Recommended reading: What is the OPEC?

Find below the main points from the most recent FOMC meeting in January 2022:

How does the FOMC meeting affect traders?

The FOMC decision can trigger high volatility across various markets, which can present traders with an increase in trade opportunities. While this is particularly interesting for short-term traders, all types of traders tend to pay close attention to the outcome of the FOMC meeting, as a surprise could have a longer lasting effect on the direction of markets.

Due to the central bank's effort to improve communication through forward guidance, there are not as many surprises as they were in the past. Nevertheless, traders should be aware of each FOMC meeting as it can impact them in various ways, even if they are not actively trading the event.

So how do traders get ready for the FOMC meeting?

First of all, most traders will keep a close eye on the economic calendar and mark the most important events on their calendar.

Secondly, traders will try to get an understanding about the what the market is expecting from the event. Furthermore, they might do their own analysis and come to their own conclusion as to how the FOMC meeting could affect markets. Others will rely on analysis from professional market analysts or expert traders.

As volatility tends to pick up during FOMC meetings, and the cost of trading is increasing, it is important traders are aware of the meetings schedule.

Which markets are affected by the FOMC?

Literally all major financial markets are affected by changing interest rates in the United States. The reason for that is that U.S. remains the largest economy in the world, and the U.S. Dollar the world's most important reserve currency.

Currencies: The U.S. Dollar is the most traded currency, so a change in U.S. interest rates will have a significant impact on the forex market. Rising rates generally lead to a stronger Dollar, while the prospect of lower interest rates tend to depress the Dollar.

Learn how to trade forex and understand the opportunities that the volatility of FOMC decision make.

Bond market: U.S. bonds tend to decrease in value when rates rise and vice-versa. The 10 year treasury yield is one of the most widely watched benchmarks.

Cryptocurrencies: While the impact of rising rates on cryptocurrencies isn't as clear as for the other markets, it is certainly possible that the low interest rate environment of the past years has fuelled speculation in the crypto space.

What is the Federal Funds Rate (FRR)?

The FFR (Federal Funds Rate) is the interest rate that banks charge each other for overnight loans on an uncollateralised basis, which makes it one of the most important interest rate benchmarks in the financial markets.

How does the FOMC affect the Federal Funds Rate?

The FOMC cannot directly tell banks at which rate they should lend money to other banks. However, they have several policy tools available to them to keep the rate within their preferred range.

The discount rate: The interest rate that the Federal Reserve charges to commercial banks and other depository institutions on loans.

Open a live trading account with Axi to stay up to date on the FOMC meetings using the economic calendar!

Gold is one of the oldest traded commodities. Despite its age, there are traders who are still unsure about trading it, so here are the essential gold trading strategies for all traders.

Gold trading for beginners - How to trade gold in 2022

Dive into the gold market and learn how to take full advantage of the gold price fluctuations as a new trader.