Oil prices saw a big jump on Thursday, after US President Trump announced that Russia and Saudi-Arabia may soon agree on an output cut. However, the OPEC meeting has been delayed and USOIL is likely to come under increased pressure at the beginning of the new trading week. Regardless of the outcome, high volatility is set to persist in the near-term. To the topside, traders will be looking at the psychological resistance level at $30, which is also close to the 23.6 % Fibo of the Jan-Mar decline. To the downside, initial support is seen at $23.50/60 followed by $21.50 and $20. 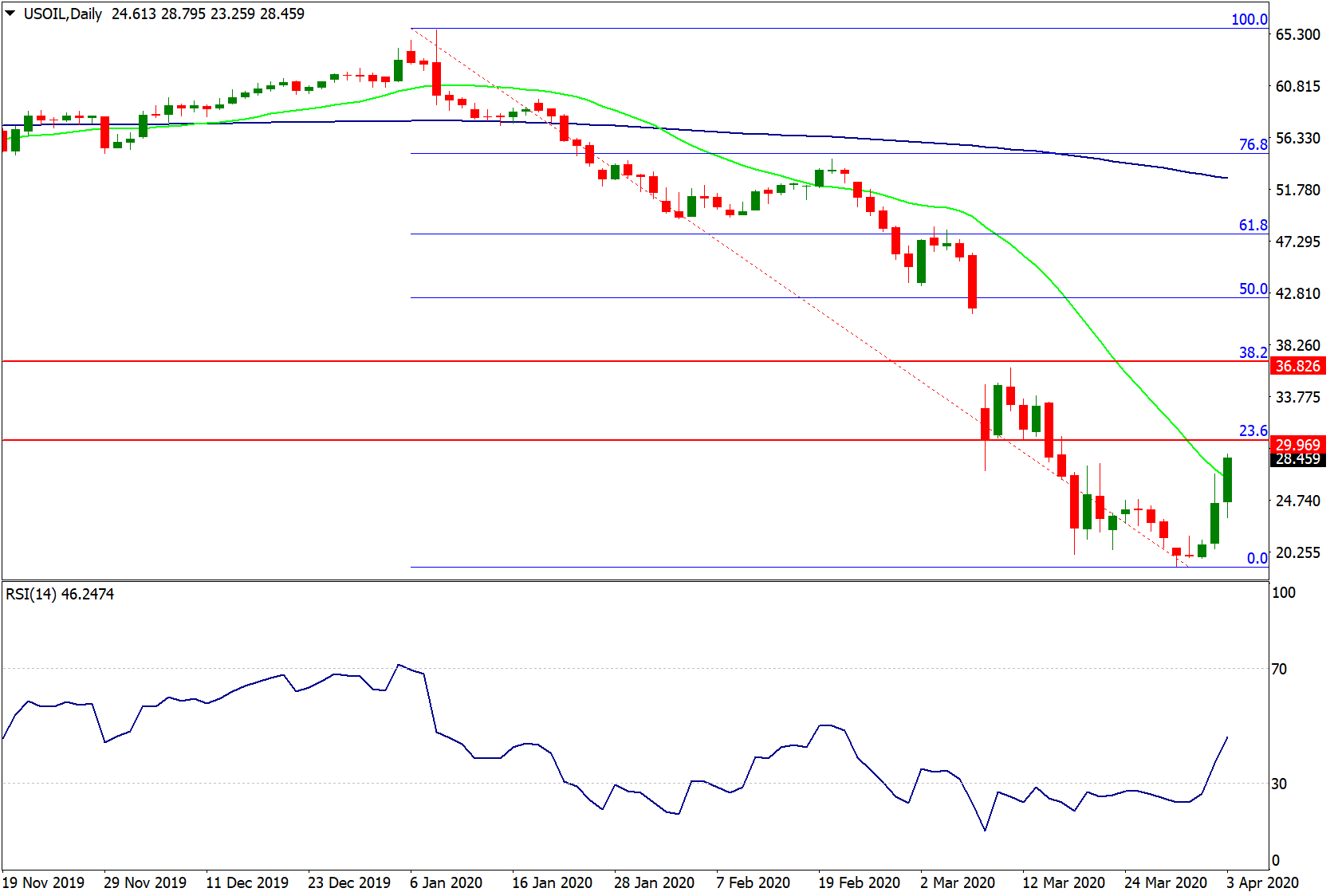 XAUUSD has seen some wild price swings too. While the risk aversion is keeping the precious metal bid, the Dollar strength has been capping the topside recently. Traders will be closely watching the $1564 level for support, while $1643 is the major obstacle Gold needs to overcome for the uptrend to resume. 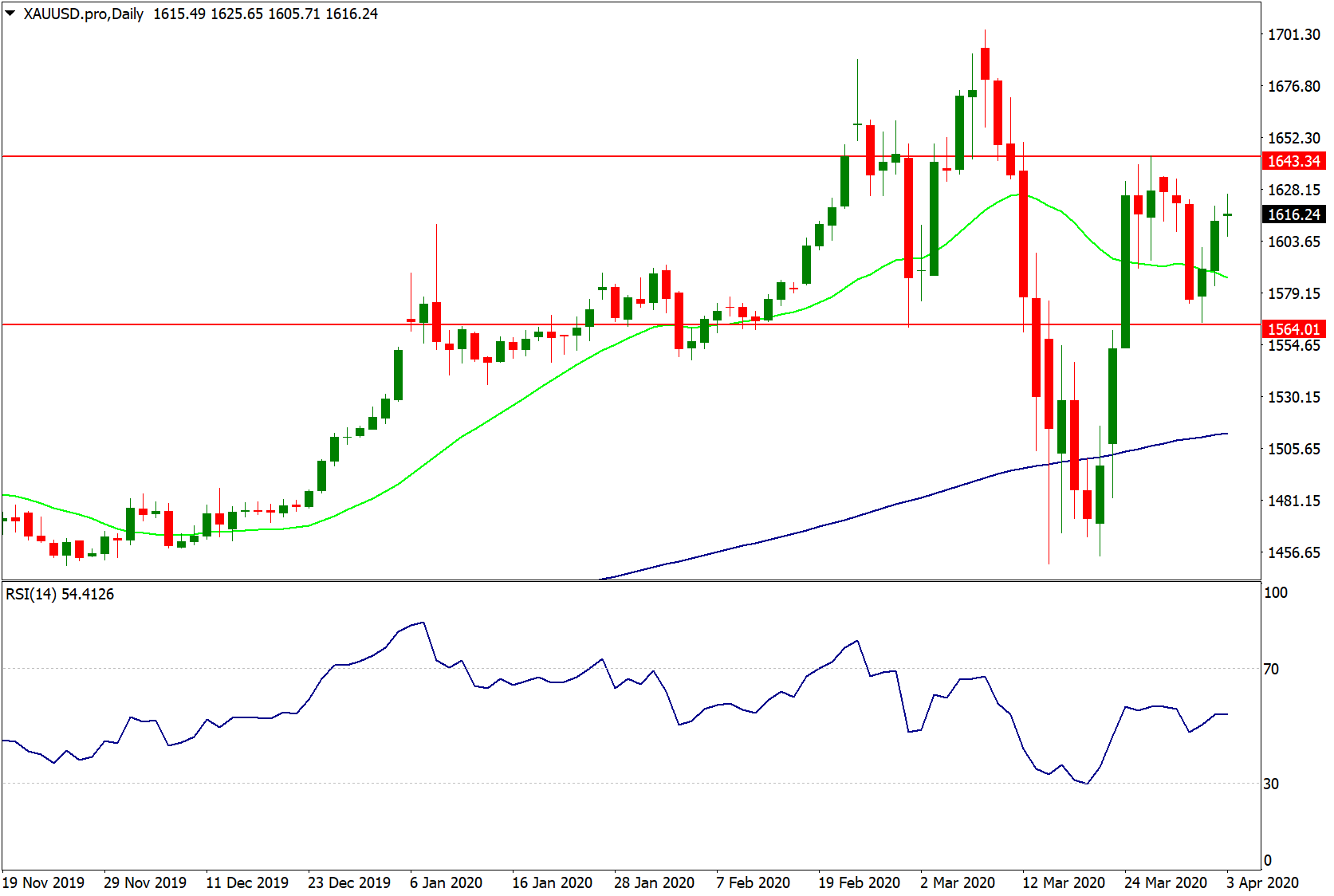 GBPUSD may soon resume its downtrend, as resistance at $1.25 proved to be too strong once again. A break below 1.2125 support would pave the way for a decline towards $1.18. 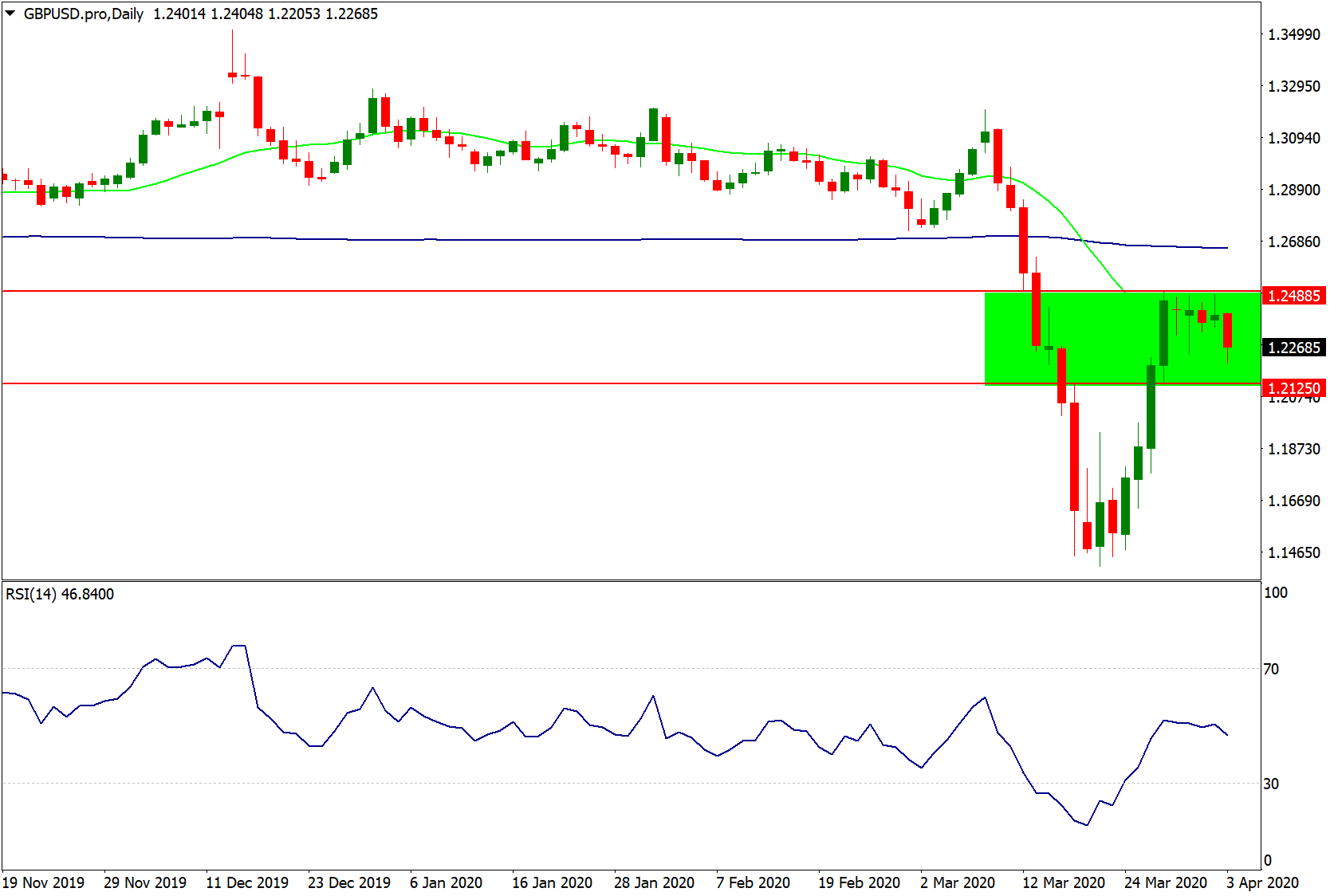 The last trading week ended up being a rather uneventful one for equity markets. Following the collapse in March, the US30 index is consolidating within a triangle pattern, and close to testing the 21 DMA. However, this is likely only the calm before the storm, as a breakout seems imminent. 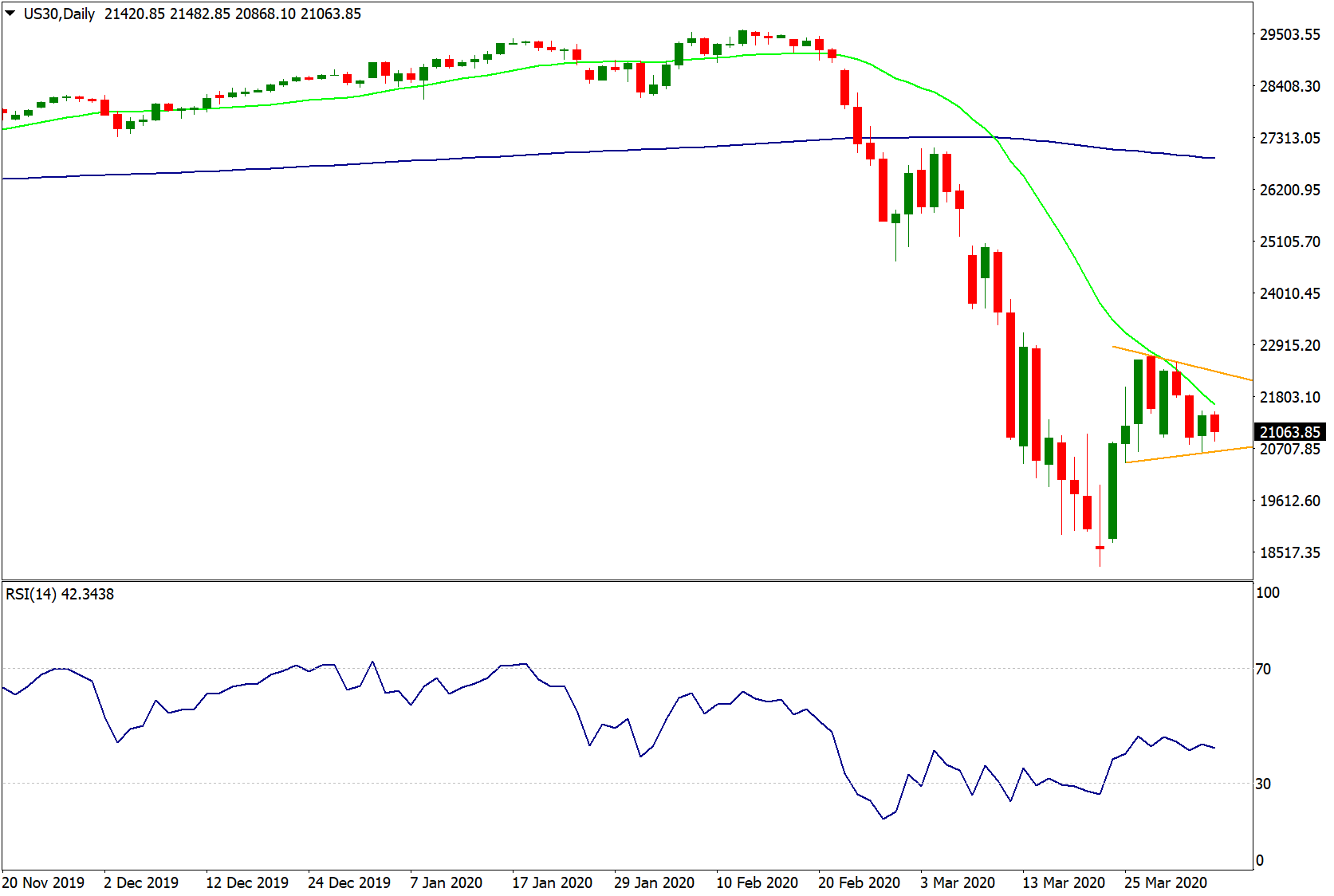 Similar price action can be observed in the GER30 index, which is consolidating between 9300 and 10,000 points. The index struggled with the psychological resistance level and there are so far few signs of a sustainable recovery. 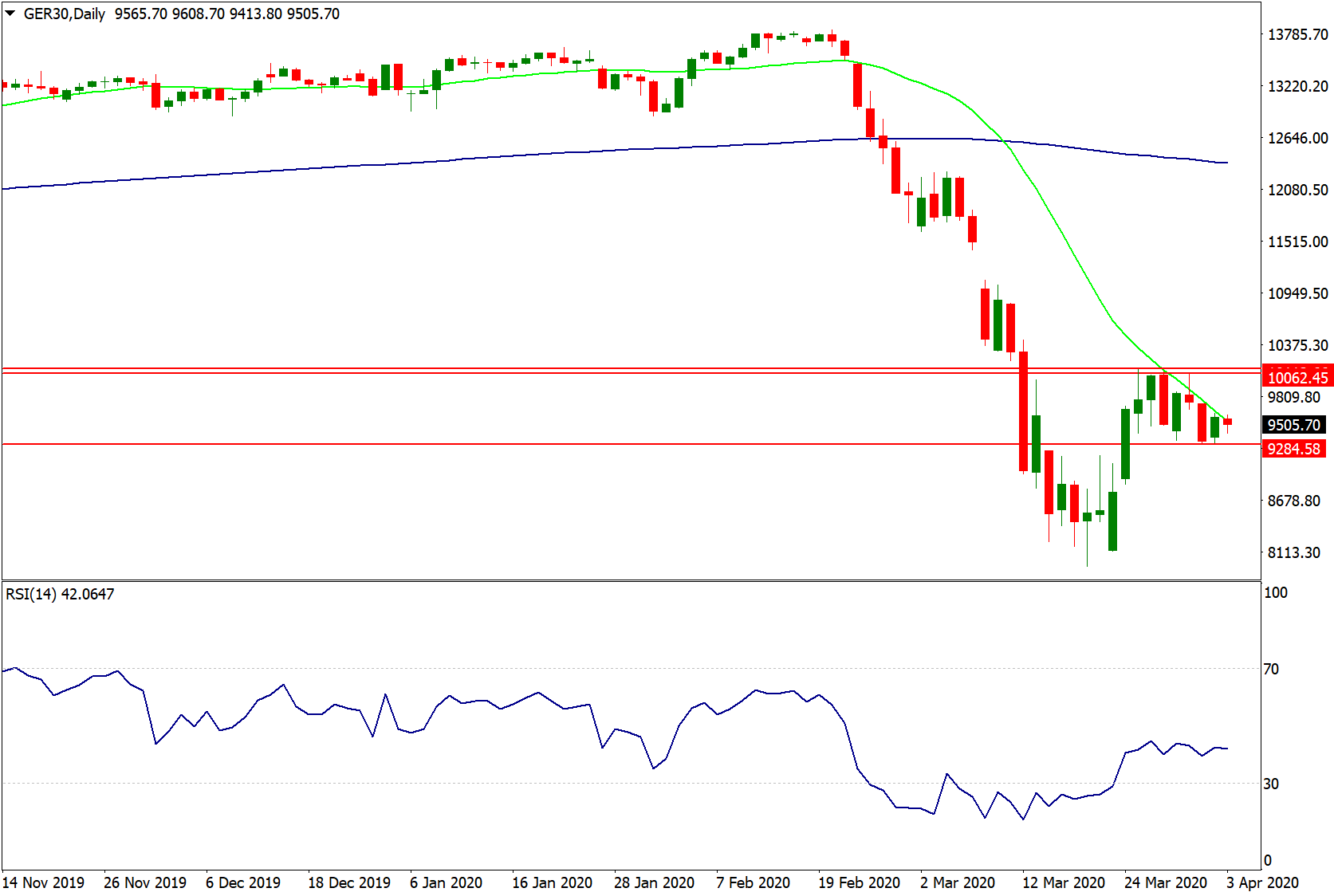